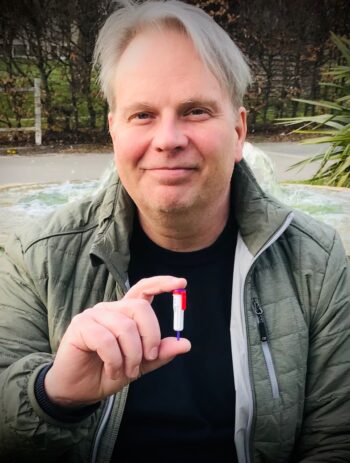 Medical device innovator, Simplistik, is reengineering the design of the lancet to create a simpler and more cost-effective solution; and has just secured a £150,000 investment from British Design Fund.

Lancets are a common piece of medical equipment that are used to puncture the skin to take a blood sample. For example, they may be used by individuals with diabetes who need to regularly monitor the glucose levels in their blood.

With a background in engineering and industrial design, most recently within the medical sector, he set about creating a prototype, with two key objectives in mind: Firstly, to create a product that was better for users; and secondly, to make something that was more efficient and cost effective to produce.

Steve explains: “Having worked in the medical space for some years, I had seen people using these types of devices and it always struck me that it was an unnecessarily complex piece of design. So, with the advice and feedback of my existing connections and working closely with users, I turned my idea into a prototype. I also began to engage with high speed automation companies and manufacturers who really understand the market.”

He continued: “Having proven and validated the principle of the design thinking, this year we plan to have a fully functioning device and to secure the relevant regulatory approval, before heading towards production. As we enter the latest stage in our development, it’s fantastic to have British Design Fund on board.”

Damon Bonser, CEO, British Design Fund, said: “We’re delighted to be working with Steve and the team at Simplistik. The investment committee were really impressed by the concept and the way the design is focused on enhancing both the user experience, as well as improving cost-efficiency for buyers – something that’s vital in the target market.”

Damon recently caught up with Steve, to find out more about the company and its growth ambitions. You can hear what he had to say by clicking here. 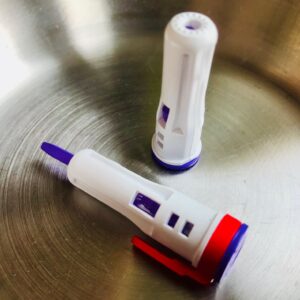